An Afternoon in Saint-Louis, Senegal

A few years ago, I visited the Smithsonian National Museum of African Art to see a Senegalese exhibit, Good as Gold. One of the exhibits was a video presentation of The Fanal, an end of year parade in Saint-Louis, Senegal. I was so drawn by the rich culture and knew that if I ever made it to Senegal, a stop in Saint-Louis was a must.

So when I finally made it to Senegal a few months ago, Saint-Louis was the first city outside of Dakar that I visited.
Saint-Louis is the oldest colonial city on the Western African coast. It is made up of three parts, Mainland, Island/Old City Colonial, and Fisherman Village/Guet Ndar.
Saint-Louis also known by its Wolof name, Ndar is 4 hours away from Dakar. We only planned to spend the day in Saint-Louis, so we set off bright and early. 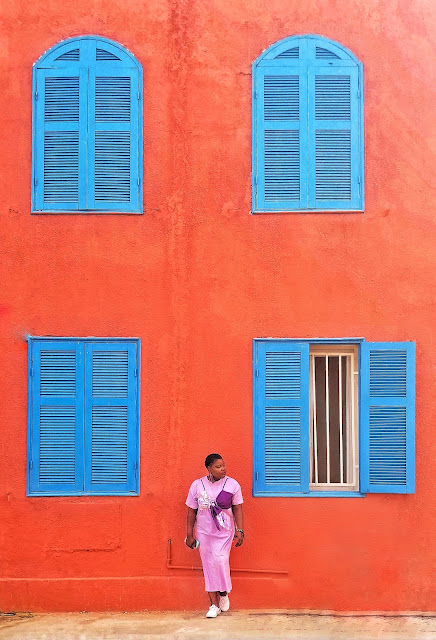 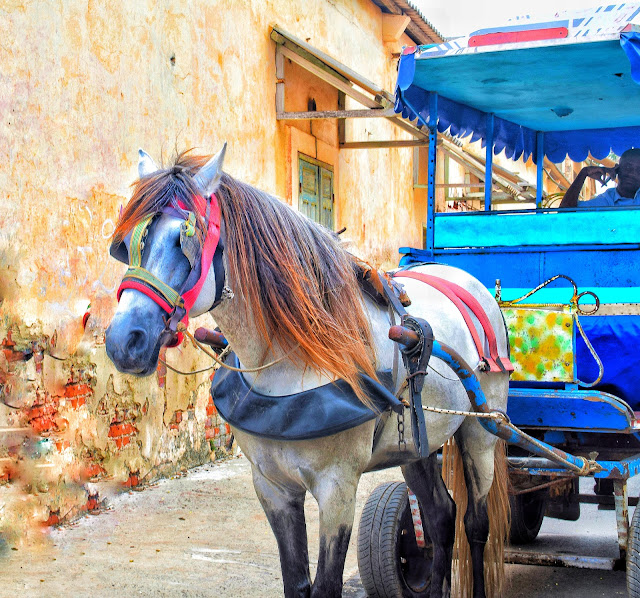 We got to Saint-Louis at about noon, and started our adventure with a horse carriage tour. 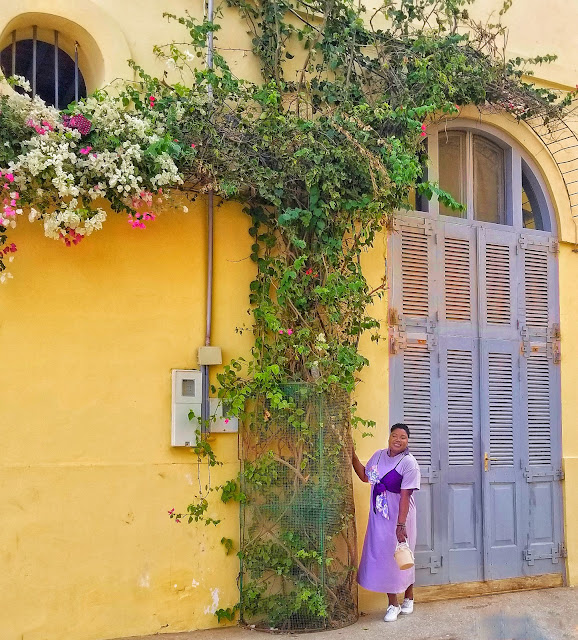 We started our adventure in Old City Colonial and could immediately see the glaring traces of the colonial past. 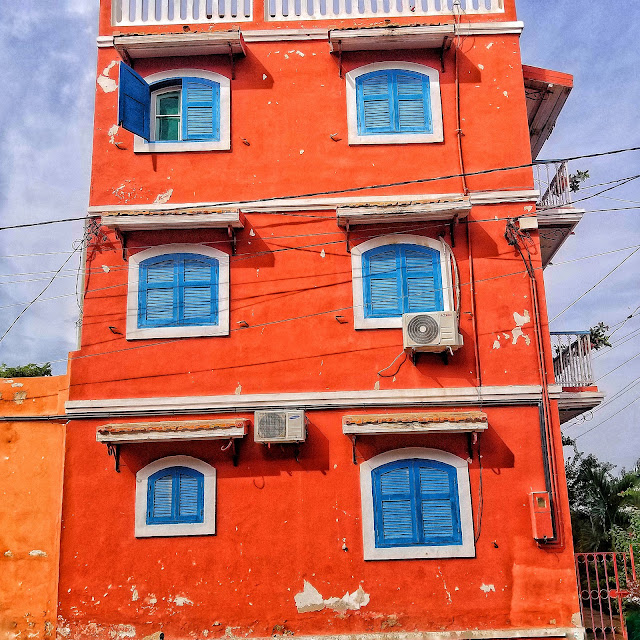 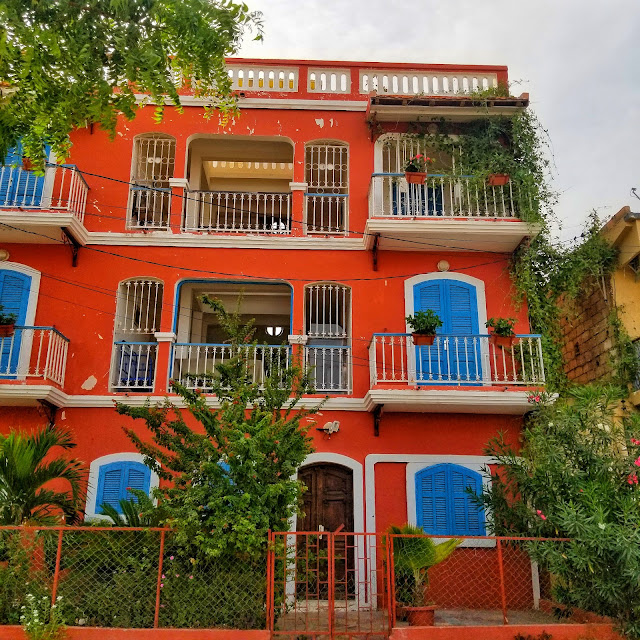 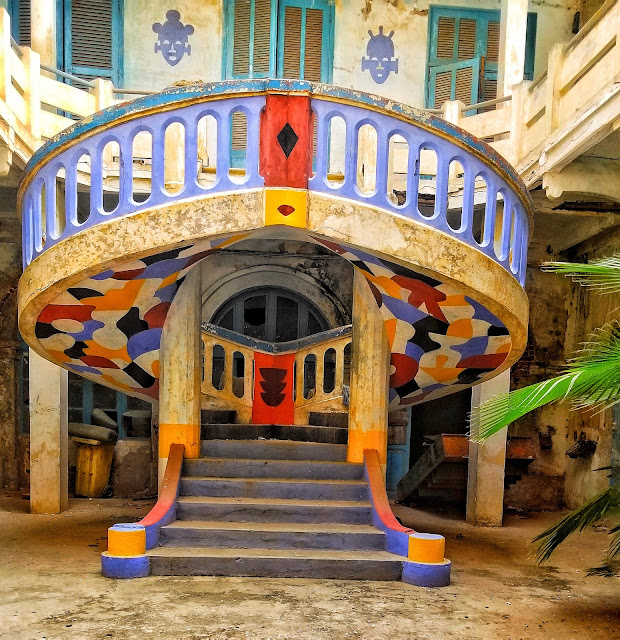 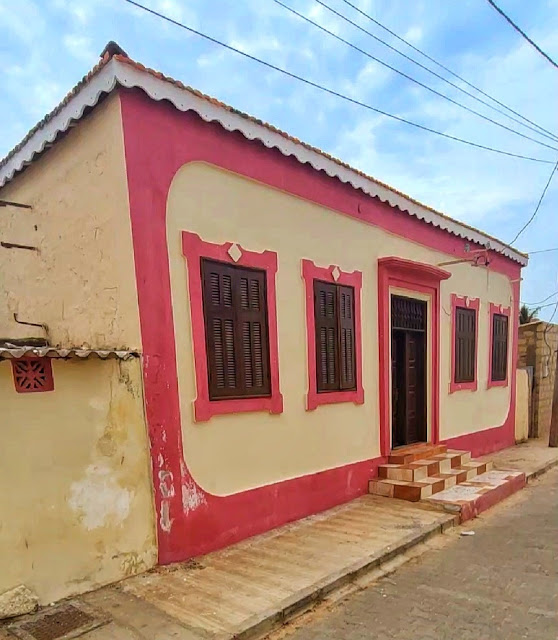 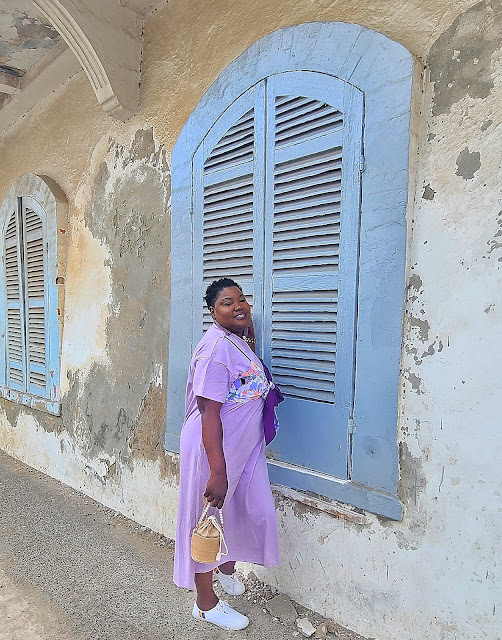 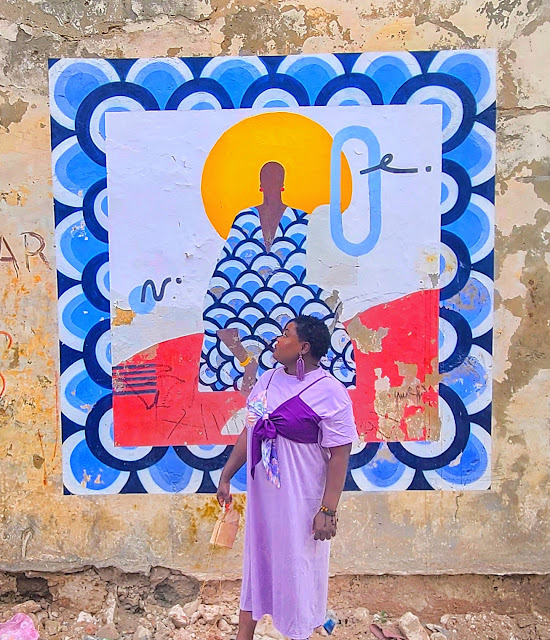 The colors of Saint-Louis...so beautiful! 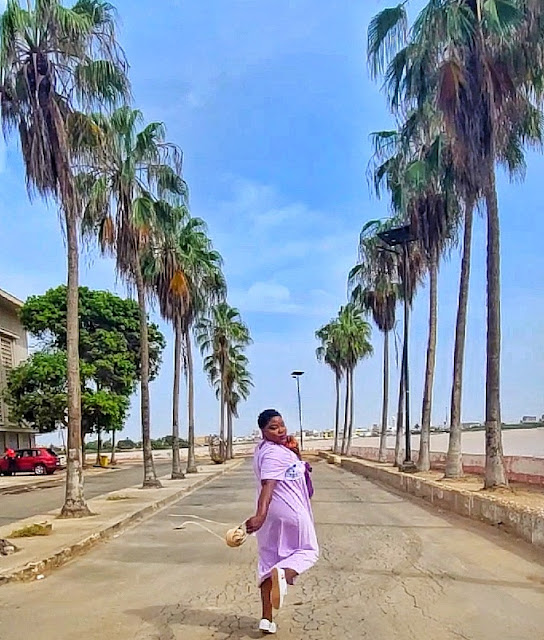 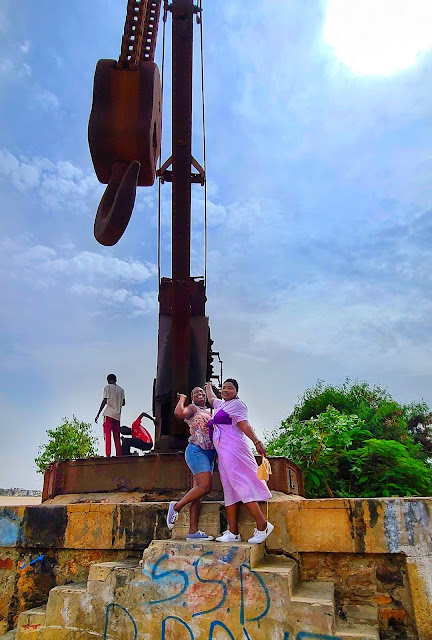 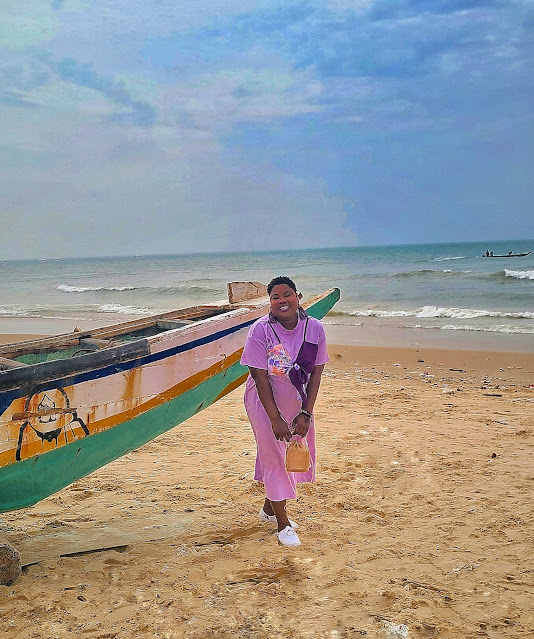 We also spent some time in the Fisherman Village, the fishing community of Saint-Louis. The main occupation is fishing and this passed on from generation within the family structure. 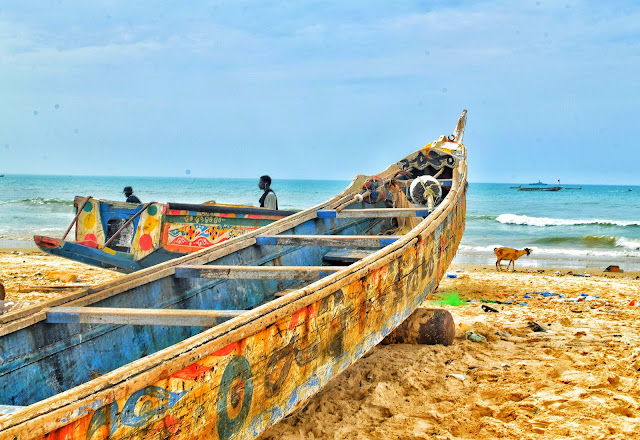 However, fishing activities in this area has declined in recent times due to overfishing (mostly illegal)by European countries and
foreign industrial fishing companies. 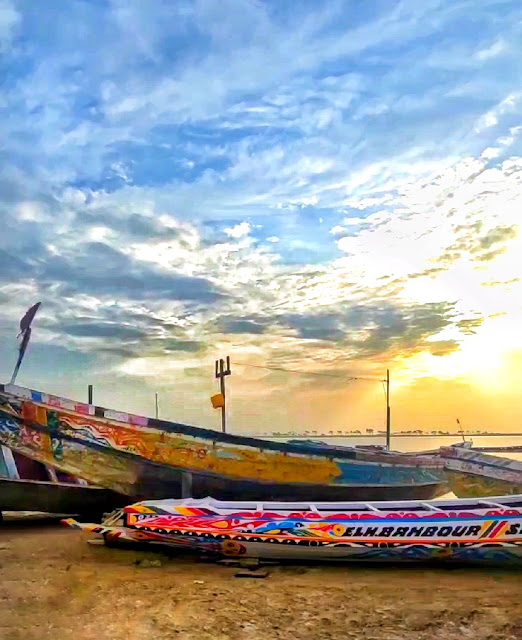 According to a study by European Journalism Centre , Saint-Louis, ministry data shows an 81% drop in fish caught since 2016!! 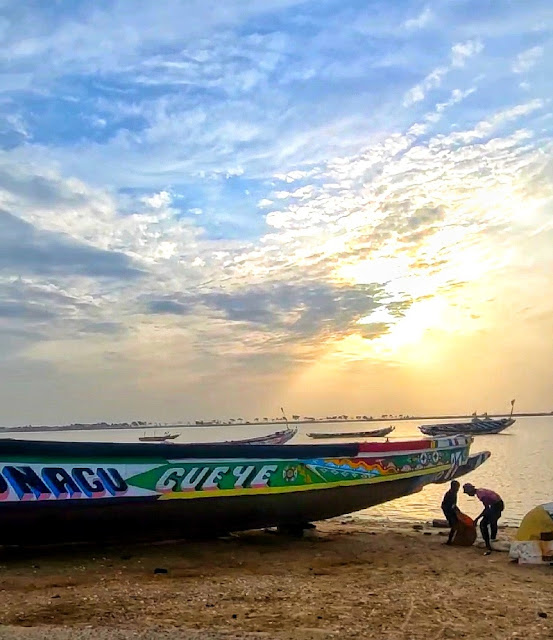 The western world really does get away with anything when it comes to Africa 🙄. Still, this is a vibrant community of people who work hard in their colorful pirogues to provide for their families. 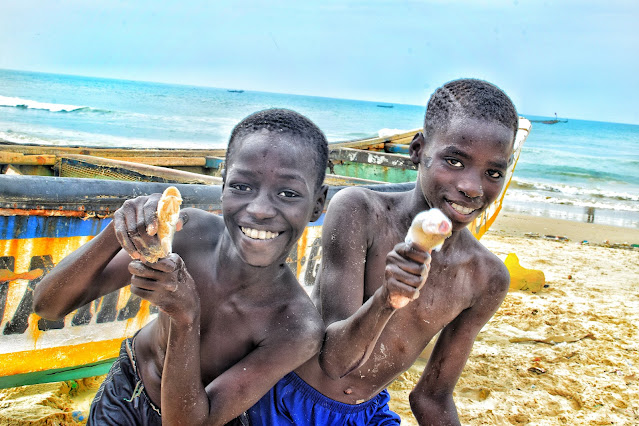 These little boys came up to me and asked me to take their photo. These ended up being my favorite photos from the entire trip 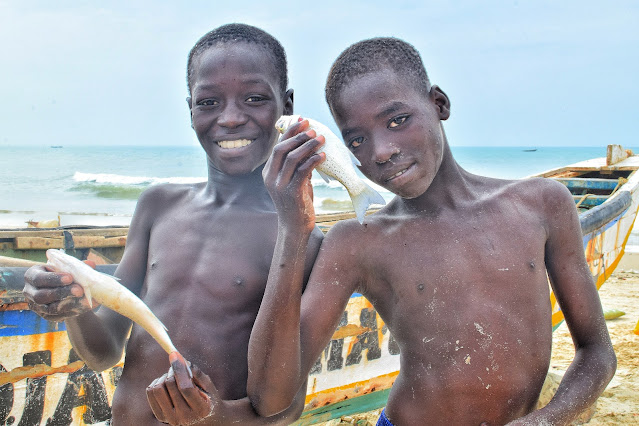 How beautiful are they! That rich melanin against the blue skies is everything! 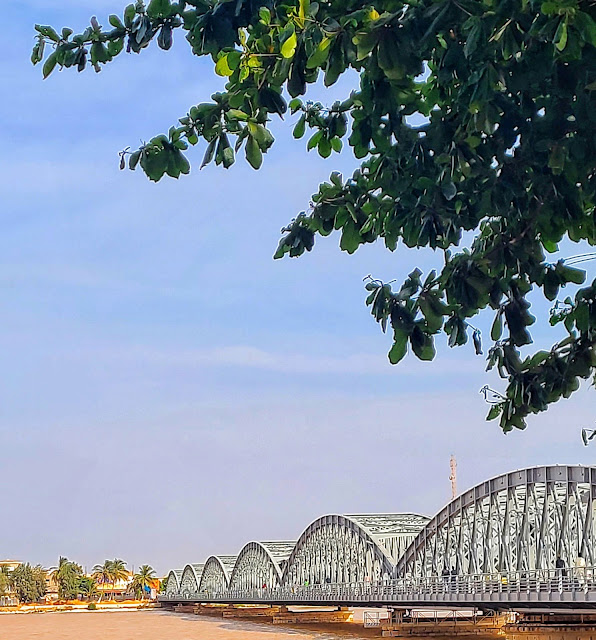 Louis Faidherbe Bridge is Saint-Louis most notable landmark. The bridge goes over Senegal river and connects the Mainland to the Island/Old City Colonial. 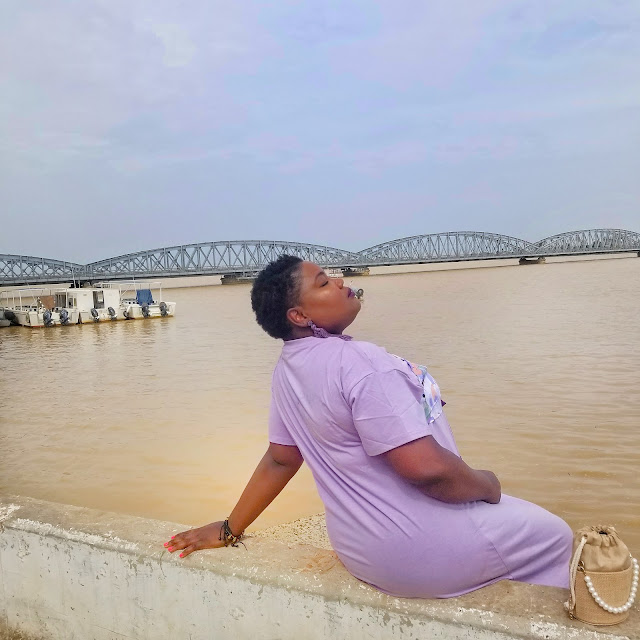 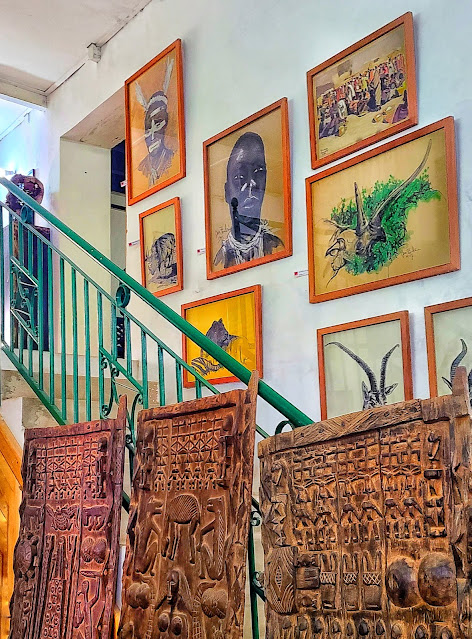 L'Agneau Carnivore is a bookstore that has an extensive collection of African books and art. 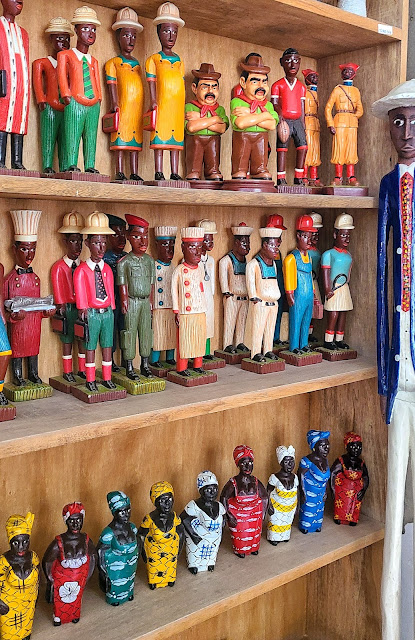 The entire store was a vibe. 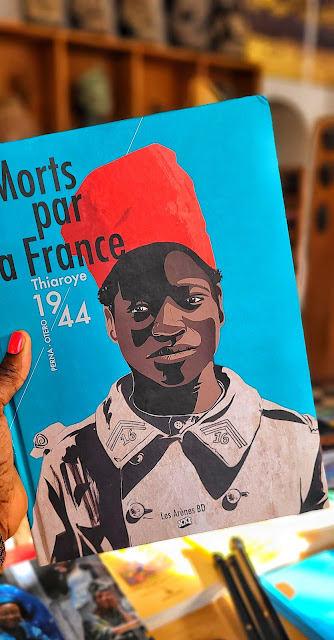 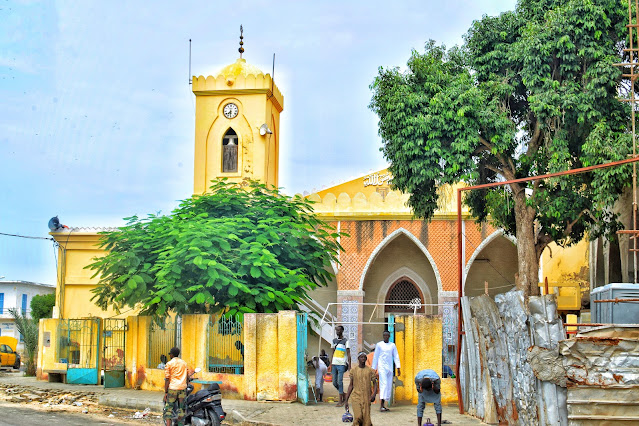 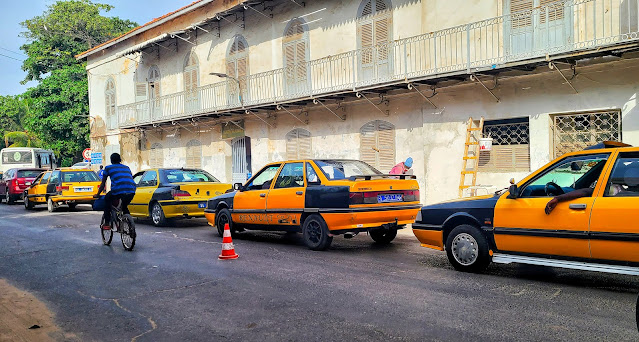 Saint- Louis was an entire vibe, and I hope y'all enjoyed seeing this West African gem with me.
Happy Thursday!
By Chic Therapy at March 10, 2022